Back in the New York groove

I never take the ferry. I can’t decipher which boat goes where, the ports are out of my way and I’m easily seasick, even on a seven-minute skim across the Hudson River.

Or, I never took the ferry. As the pandemic has forced us all to adopt habits we once considered inconvenient in favor of presumptive safety, I’ve foregone the claustrophobia and grime of NJ Transit for the open air of the top deck. No one comes near.

It’s 10 a.m. on a Monday in May; an outrageously beautiful day. Low 70s, a breeze. The scarcely occupied ferry churns away from Weehawken and toward Manhattan. The sun gleams off the skyline’s western edge, illuminating a blinding wall of glass and steel. I haven’t seen New York City like this, so imposing and mesmerizing, in almost 15 months. Nor have most New Jerseyans, even those who commuted five days a week before last spring. Around 90% of the island’s office employees are still reportedly working from home. 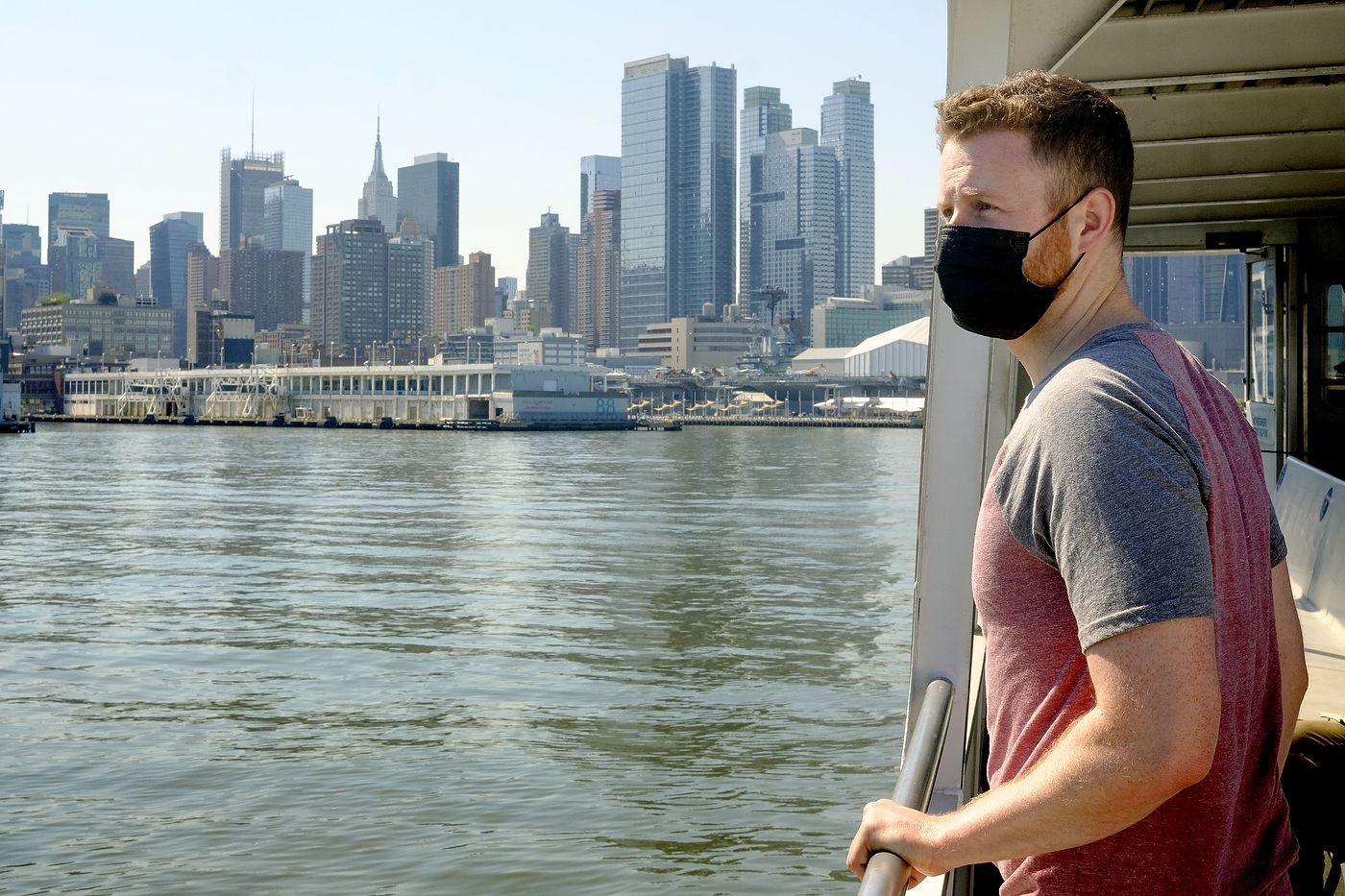 My ferry ride across the Hudson River, toward Manhattan for my first New York City trip in over a year.  Aristide Economopoulos | NJ Advance Media

Why am I visiting the city? A sense of post-vaccine adventure, maybe, but as midtown screams into focus, I know there’s more. It’s a visceral pull I feel, and have always felt, emanating from the “Greatest City on Earth,” as though I am an orbiting satellite, which must periodically touch down on its home planet for maintenance (and a Sabrett hot dog).

Growing up in Central Jersey, you learn at a young age that while the Garden State is fine enough, most people live in this region because they, their immediate family or their recent ancestors have had a direct relation to the five boroughs. A great-grandfather immigrated through Ellis Island, a mom relocated to the tri-state area for a new job in the city, a teenager came for college, fell in love and never left.

My own Jersey family tree is one of identical thousands: My grandparents were both raised in Brooklyn in the ’30s and ’40s, by Italian immigrants, before uprooting to Middlesex County in the late ’50s, to raise their own children. Three decades later, I spent my childhood 45 minutes south, on the border of Ocean and Monmouth counties. I now live 20 minutes away, in Tinton Falls.

As a kid, Manhattan existed to me as a nerve center of excitement, surreality, danger and escape. I was addicted to the energy, the riotous aesthetic. When people asked a 10-year-old me where I wanted to live, if I could live anywhere, I would say “New York, definitely.”

While my desire to live in the city has faded, my tether to the monolithic mass of people, ideas and creations has not. I still love New York. To me, it is the city. My city. The Manhattan skyline, in all its glory.  Aristide Economopoulos | NJ Advance Media

But for more than a year, the idea of going anywhere near Manhattan terrified me and everyone I knew. COVID-19 was rampant, streets were vacant, horrific images of sickness and death overflowed onto every New Jersey newsstand and channel (most of which broadcast from New York).

My last trip in was March 5, 2020, when only one positive case had been confirmed in the entire…

Read More: Back in the New York groove

‘Disorder and Chaos’ in N.Y.C. Jails as Pandemic Recedes

N.Y.C. Workers Will Not Have a Paid Day Off for Juneteenth

Which One Ranks Number One? – NBC New York