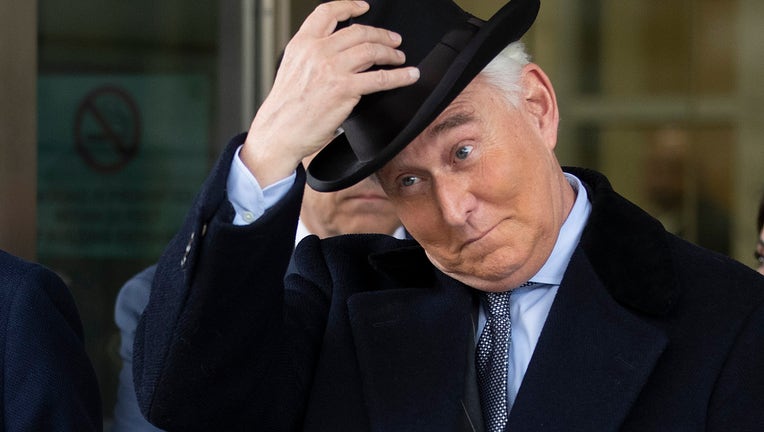 WASHINGTON – The U.S. Department of Justice on Friday sued Roger Stone, onetime campaign adviser to former President Donald Trump, accusing him and his wife of owing nearly $2 million in unpaid taxes and penalties, according to court documents.

The civil lawsuit, filed in federal court in Florida, alleges that Stone and his wife, Nydia, used a commercial entity known as Drake Ventures to “shield their personal income from enforced collection and fund a lavish lifestyle despite owing nearly $2 million in unpaid taxes, interest and penalties.”

“They used Drake Ventures to receive payments that are payable to Roger Stone personally, pay their personal expenses, shield their assets, and avoid reporting taxable income to the IRS,” the DOJ said in court documents.

The Justice Department alleges that Stone and his wife used funds from Drake Ventures to purchase a home in Fort Lauderdale, Florida after Stone was criminally charged in 2019. Both Stone and his wife were allegedly in “substantial debt” to the U.S. government when they purchased the house.

The lawsuit comes nearly four months after Stone’s sentence was commuted in July by then-President Trump just days before he was to begin serving 40 months in prison for lying to Congress, witness tampering and obstructing the House investigation into whether Trump’s campaign colluded with Russia to win the 2016 presidential election.

Stone was set to report to prison on July 14 after a federal appeals court rejected his bid to postpone his surrender date. But he told The Associated Press that Trump called him to tell him he was off the hook.

“The president told me that he had decided, in an act of clemency, to issue a full commutation of my sentence, and he urged me to vigorously pursue my appeal and my vindication,” Stone said by phone from Fort Lauderdale, Florida, where he was celebrating with friends. He said he had to change rooms because there were “too many people opening bottles of Champagne here.”

This story is developing. The Associated Press contributed to this story.

HK$5,000 handout vouchers should be issued in paper too – South China Morning

How woke mayoral candidates want to NYC into Communist ‘utopia’

Restore trust in our democracy through more election transparency

Will DeSantis, Rubio and Scott torch each other to vault from Florida to the

UV lights, cars with Trump bumper stickers and a lack of transparency illustrate

Joe Biden: ‘I don’t think the American people are racist’ – US politics live |

Restore trust in our democracy through more election…

Latest News May 6, 2021
TALLAHASSEE, Fla. -- Florida Gov. Ron DeSantis signed a sweeping elections bill into law Thursday that he and…
2020 US Elections

Restore trust in our democracy through more election transparency